Forest on the Box.

valspoodle said:
Whilst Dad was in Egypt (before going to Germany) he was hunted, along with all other British officers, by the Stern gang and we had to live in a guarded compound and he slept with a pistol under his pillow. The problem was resolved when the Israelis got their country.
Click to expand...

Depends on which version you believe I guess. Any Palestinian Forest fan may want to argue with you. Lots on the internet saying those who claim Israel are of Turkish/Russian decent and have no connection with Israel whatsoever.
Subject is a minefield.

Steve Voltage said:
Depends on which version you believe I guess. Any Palestinian Forest fan may want to argue with you. Lots on the internet saying those who claim Israel are of Turkish/Russian decent and have no connection with Israel whatsoever.
Subject is a minefield.
Click to expand...

A throwaway comment. I was not intending to go into details. The Middle East is far too complex to cover in a football forum.
Y

Your Dad's Ashamed Of You

Morpeth_Edgar said:
NowTV is really good because you get six devices. Phone, computer, tv, Apple TV and two movable sticks is our set up. I normally watch footy in the garage while on the spin bike!

The only thing is that you don’t get the red button which was annoying last season (and frankly ridiculous considering it’s a streaming service).

I get NowTV as part of my BT TV deal so it feels just like a normal Sky channel.
Click to expand...

You get the red button games but not on all devices. I get them on my TV and my firestick but not on laptop or phone. I've no idea why.

Sent from my CPH1941 using Tapatalk

valspoodle said:
A throwaway comment. I was not intending to go into details. The Middle East is far too complex to cover in a football forum.
Click to expand...

Try the Morgan Gibbs White thread. I’m sure we’ve solved the Middle East conundrum on there

valspoodle said:
A throwaway comment. I was not intending to go into details. The Middle East is far too complex to cover in a football forum.
Click to expand...

Newcastle V Forest likely to be shown live on Forest Tv or radio only?
Any live games ever shown on Forest Tv?
Do dodgy stream still exist for live football?

Last option is £393 a ticket but wont be doing that

May not be the best moderator on LTLF, but he's...

You're not allowed to show a UK game live at 3pm on a Saturday because this is the 1840s.

(The exception was during covid because the grounds were shut)

Also a reminder that the Premier League's jack-booted Nazis (..."copyright lawyers", sorry... "Copyright lawyers") make the Gestapo look like the Women's Institute when it comes to protecting their "brand". They will think nothing of legalling LTLF out of existence if we dare so much as suggest that such a thing as alternative sources even exist.

*Moderator hat on*
PLEASE don't ask for, or post links to streams or sauces for PL games.
The mods and admins are obliged to have a zero tolerance approach to this.
*Moderator hat off*

May not be the best moderator on LTLF, but he's...

Also, the likes of seatpick, getmein, StubHub and that set of c*nts are down there along with dogshit and football agents as things that you scrape off the sole of your shoes when you encounter them.
B 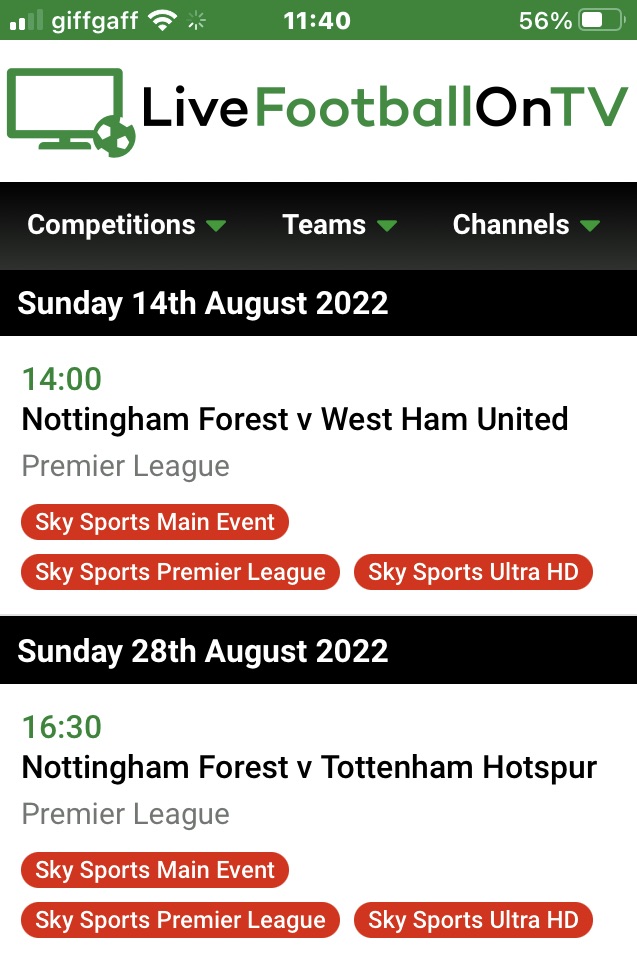 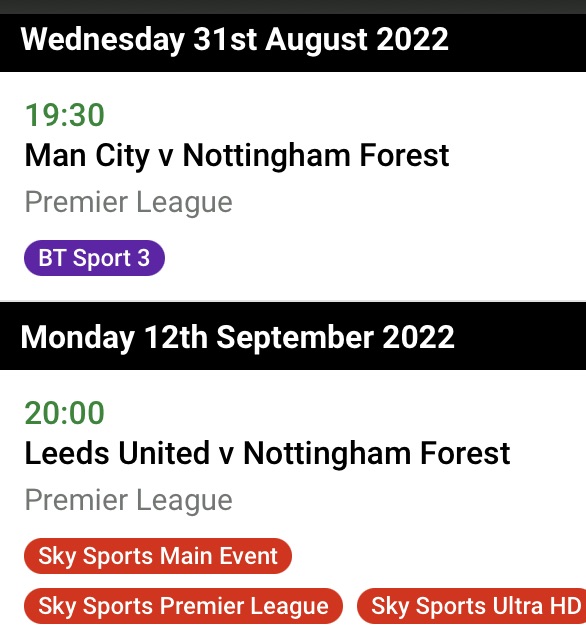 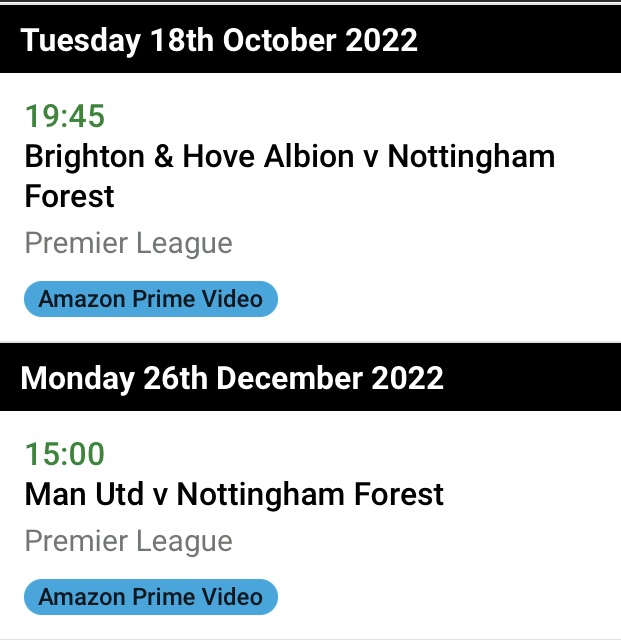 With 3 different company's subscriptions, it will be expensive to watch all these games.

Strummer said:
It isn‘t so much that, VP - it is that (in the case of Monday-night games) fan-power won, over the broadcasters.

Fans here don‘t like playing on a Monday night, because - for most people - it is a work night, and getting to away games on a work night isn‘t fun, when you then have to go to work in the morning.

Friday night matches of course are a massively popular fixture here, because (again, for most) it is the end of the working week, so you go off to the match, have a Bier, meet your mates, and tomorrow it’s the weekend.

The anti-Monday matches movement was (of course, its Germany) very well organised with public displays from various Ultra groups (Stuttgart’s Ultras displayed a huge Tifo proclaiming „Gegen Montag‘s Fußball“, and calling into question the parentage of many members of the DFB, during one acrimonious Monday evening fixture, Eintracht‘s Ultras went one better, and made sure that their entire popular end behind the goal remained entirely empty for the first half of one Monday night fixture).

There were other similar Tifos and general mischief-making being had, including the display of several sets of bared buttocks, in a bid to embarrass the Sky cameras. And the pushback on Sky worked, and the DFB announced no more Monday night matches.

That may be good, but Germany can’t hold on to its star players once premier league clubs decide they want to buy them - that’s exactly what the premier league are afraid of.

Games are sold all over the world - the premier league holds the position of the pinnacle of football viewing. The Bundesliga, however good it may be, doesn’t have the same global appeal.

It’s the reason we’re able to buy players for relative peanuts from there - every player we’ve bought from there is worth double once they’ve played in the premier league.

Against Leicester. On a Monday night.

What could possibly go wrong??

Monday night football 3 times before November. We are massive.
R

Red Dog in a Forest

I think that’s our eighth game selected for TV coverage.

It's all about mid-table...