Although I didn't think Big George was that bad for us. And I always like to see a big owd unit on the pitch. Like that yoth Ade Akinseehimbeeingabouncerwhenizretiredfromfootball, or whareva is name iz ooh played fo Whycombee Wandruz n McDonalds, mongst uvvers.
Click to expand...

I think it's an understandable concern, you don't have to look far to find clubs that have ended up over spending themselves into trouble. Not that it's something I expect from us with our structure but it's still something to be wary of, especially if we start throwing ~£40m at relatively unproven players in our first season in the top level

MGW is a great talent and i'd love to have him here but at the end of the day we're paying in the hopes his progression continues, it's a high risk gamble which in my opinion makes more sense when you have a bit of stability

Not that the situations are entirely comparable but Sheff United made similar gambles. If MGW excels then it's happy days, but it gets a bit messy if he becomes a Brewster 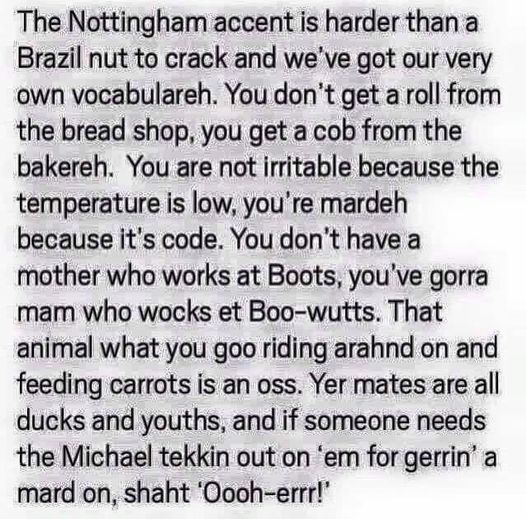 Sal said:
Nah, with two years on the contract he's worth whatever they demand.

His value isn't set by potential buyers unless/until they - Wolves- actually want/need to sell him. Atm, it looks like they want him to stay.
Click to expand...

Wolves can demand as much as they want but if no-one pays it he doesn't get sold and Wolves don't get any coin. The relevant point is whether Wolves want to sell and it appears as if they don't as they have valued him too highly in order to put others off and the other clubs that have previously been linked have accordingly lost interest as they think he's not worth the fee being demanded. If we pay what they want they'll have had our pants down.

MGW has previously done nothing for Wolves in the PL but has had one good season in the second division, scoring 11 goals as an attacking midfielder. We have a midfielder in Ryan Yates who has scored only three goals fewer and I can't see anyone claiming he is worth anywhere near the figures being talked about for MGW.

I haven't seen any direct quotes from Cooper to say he wants him or any direct quotes from Gibbs-White to say he wants to come, it's just been fan talk, clickbait journalism and comments from the twatterati. Cooper may well want him but is also experienced and level-headed enough to know that he isn't always going to get what he wants. I also suspect that Coops has nothing to do with the financial negotiations.

Master Yates said:
I am not saying I’m not interested, just that ultimately none of our opinions on it matter. No problem with people saying they think x amount is too much etc. it’s just the people telling the club what to do that I don’t get. Murphy and Marinakis are not making decisions based off a fans forum.


Sent from my iPhone using Tapatalk
Click to expand...

None of our opinions matter on the starting XI, style of football etc. Should we not discuss them either?

On this video around 21 seconds so he's definitely with the Wolves squad:

Sent from my EVR-L29 using Tapatalk

Heffing Psycho! said:
On this video around 21 seconds so he's definitely with the Wolves squad:

Sent from my SM-G998U using Tapatalk

Starting today but jeez, wolves bench is terrible....they could be in trouble.
C

Calvin Plummer said:
When your children and wife get targeted there comes a point where you question if it's worthwhile...

He also didn't leave us in the shit, he continued to fund us after stepping away (yes not to the same levels) and he ensured the club was sold for a fraction of it's worth to someone that promised to invest in us.

That it ended up being a fuckwit can't really be laid at his door.
Click to expand...

I get there were reasons but that’s not really the point. I was a big fan of NGs but it hurt (fans like me at least and I think the club) when potentially generational talents like JJ and Bamford etc were let go for a song because we moved rapidly into fire sale mode when he decided he’d had enough.
I often wonder where a team containing Andy Reid, Daws, JJ and Pat B might have finished if they were given a couple of seasons at least and some reinforcements.

I'm from Clifton me duck.

Explains why I'm behind

Canadian_red said:
Starting today but jeez, wolves bench is terrible....they could be in trouble.
Click to expand...

It is why they aren't selling at the minute

They have no players. I think he played as a CM today.

Let's hope they're not back to Wolverhampton in time for MOTD.

It's ok, MGW didn't do much today so wolves fans are back to thinking he's shit and they should sell.

Canadian_red said:
It's ok, MGW didn't do much today so wolves fans are back to thinking he's shit and they should sell.
Click to expand...

Seems his family was abused after the match too... If you're reading Morgan as a bare minimum that won't happen here and if it does the perpetrator would be going for a dip in the Trent.

I always knew it as a bobbo not an oss.

shearstone said:
I always knew it as a bobbo not an oss.
Click to expand...

Yep, same here. Always had a ride on the bobbos.

It's an oss (singular) or a group of bobbo's (plural)

This may be completely made up and influenced by rum.

Heffing Psycho! said:
Seems his family was abused after the match too... If you're reading Morgan as a bare minimum that won't happen here and if it does the perpetrator would be going for a dip in the Trent.

Please ask Mrs Spence for reference on how players' families are treated by us reds.

Still think he'll try and push the move and after watching today we could really do with him!

Lage also said Neves is worth 100m - let’s be clear he won’t be setting the price. The owners will and if they get an offer that suits they will sell